Article: The ‘Noble Savage’ in Ann of Swansea’s Welsh Fictions

The writings of Ann Julia Hatton (1764–1838), who from 1810 published under the pen-name ‘Ann of Swansea’, reflect changes in the political spirit of her age as it interwove with episodes in her personal history. Though her 1784 collection of verse is conventional in its politics, The Songs of Tammany (1794), a panegyric in praise of the American-Indian ‘Noble Savage’ written during the years she spent in New York, is heated in its denunciation of European colonialism. After she returned to Britain in 1799 and settled in Swansea, her novels Cambrian Pictures (1810) and Guilty or Not Guilty (1822) showed an equivalent radicalism in their depiction of Welsh characters casting off the yoke of subservience to a corrupt Anglicized gentry and demonstrating that an upbringing in Wales instils all the natural virtues as opposed to the artifices of contemporary civilization. In other fictions, however, such as her satire on the townspeople of Gooselake (i.e. Swansea) in Chronicles of an Illustrious House (1816), Welsh ‘Noble Savages’ have befooled themselves by succumbing to the allure of corrupting sophistications. This paper explores these transitions in Ann of Swansea’s fictional representations of Wales. Continue reading →

Chase Pielak’s Memorializing Animals during the Romantic Period explores the disruptive potential of animals in British Romantic literature and the surprising encounters that they induce, both in life and from beyond the grave. For this … Continue reading →

Post: ‘Your sincere admirer’: the Shelleys’ letters as indicators of collaboration in 1821. 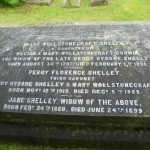 It was a question that had eighteenth-century, gothic and Romantic scholars and enthusiasts scratching their heads: how exactly should one celebrate the 250th birthday of Ann Radcliffe, one of the best-selling and most influential writers … Continue reading →

How might it be possible, ask Evan Gottlieb and Juliet Shields in the introduction to Representing Place in British Literature and Culture, to ‘tell the whole story’ of the intersections of local, regional, national and … Continue reading →

In the second chapter of his fascinating and ambitious study, John Gardner reproduces a piece of advice given by Thomas Carlyle to veteran radical and survivor of Peterloo, Samuel Bamford: ‘I own I had much … Continue reading → 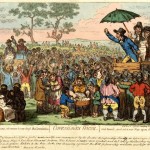 by Elias Greig I’m Elias Greig, a PhD student at the University of Sydney, and the Postgraduate Representative for the Romantic Studies Association of Australasia. I’m also, for better or worse, a Wordsworthian. In deference … Continue reading →

Angie Dunstan (University of Kent) will be presenting her paper, ‘Romantic Literary Societies and their Victorian Afterlives’, at 5.30pm on Tuesday, 25 February 2014. The talk will take place in Cardiff University’s John Percival Building, Room 2.48. Abstract In … Continue reading →