Described by Thomas de Quincey as ‘the great enchantress of [her] generation’, Ann Radcliffe has long been identified as the author whose work contributed more than that of any other to the popularity of Gothic … Continue reading →

This article shifts attention away from the perfections of England to explore the place of Ireland in Jane Austen’s Emma. Intrigued by Jane Fairfax’s refusal to travel with the Dixons in Ireland, Emma conjectures spitefully about an unrequited—or possibly consummated—affair between Jane and Mr Dixon. Obfuscating his actual affair with Jane, Frank Churchill uses Emma’s Irish conjectures to flirt with both women. Ireland becomes a repository of gothic potential over the course of Austen’s novel: a space upon which characters can map their unspoken and unspeakable desires. Austen accesses the Irish gothic to ask questions about national identity, legitimacy and power. Continue reading →

Chase Pielak’s Memorializing Animals during the Romantic Period explores the disruptive potential of animals in British Romantic literature and the surprising encounters that they induce, both in life and from beyond the grave. For this … Continue reading → 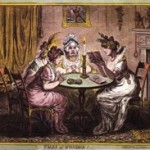 paLaura Kremmel is beginning the last year of her PhD at Lehigh University, completing a dissertation that considers the ways in which Romantic-era Gothic literature picks up the theories of late eighteenth century medicine. She has … Continue reading → 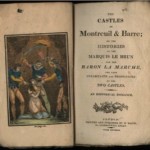 Laura Kremmel is beginning the last year of her PhD at Lehigh University, completing a dissertation that considers the ways in which Romantic-era Gothic literature picks up the theories of late eighteenth century medicine. She … Continue reading → 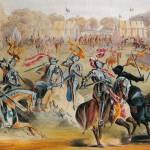 by Sarah Sharp Many British readers will perhaps first encounter the concept of the Gothic, not through a Gothic novel, but through Northanger Abbey’s playful engagement with the genre’s key tropes. They will have perhaps, … Continue reading →

It was a question that had eighteenth-century, gothic and Romantic scholars and enthusiasts scratching their heads: how exactly should one celebrate the 250th birthday of Ann Radcliffe, one of the best-selling and most influential writers … Continue reading →

Report: A Grammar of Gothic: Report on a Research Project on the Forms of the Gothic Genre

The Northanger Library Project (HUM2006-03404) was a three-year state-sponsored project (2006–09) that sought to study the rise of gothic literature against the background of the ‘long’ eighteenth century in Britain. The central concern of the … Continue reading →