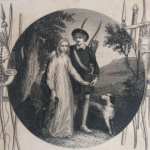 In this two-part post, Stephen Basdeo analyses the evolving Romantic and Victorian legacy of the most famous heroic outlaw found in English folklore, Robin Hood.Robin Hood: A Romantic Hero The Legacy of Ivanhoe (1820) In a previous … Continue reading → 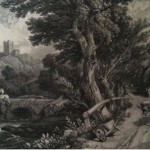 Richard Hill looks into the gift-books and annual culture of the 1820s and ’30s, noting a ‘power-struggle in the publishing arena’ that emerged as a result of ‘production practices and technological developments that challenged traditional modes of book production’. By focusing on the interactions between two major Edinburgh authors, James Hogg and Walter Scott, Hill argues that in the late 1820s a fundamental shift was precipitated in the role of the author in the production of popular literature. Continue reading →