Sarah Sharp is a lecturer in Scottish Literature at the University of Aberdeen and Deputy Director of Aberdeen’s Research Institute for Irish and Scottish Studies. Her work focuses on the relationship between death and ideas of nation in nineteenth-century Scottish writing

In July, I travelled to Sydney to take part in the second biannual conference of the Romantic Studies Association of Australasia. Founded in 2010, the RSAA aims ‘to promote the study of the literary, artistic, political, and scientific culture of the “long” Romantic period (c. 1750–1850)’ in the Australasian region through a programme of activities which include readings, lectures, workshops and conferences, and its members are affiliated with universities throughout Australia and New Zealand. The 2013 conference was hosted by Professor Will Christie (University of Sydney) and Dr Angela Dunstan (University of Kent) at the University of Sydney. It was attended by a diverse group of academics with a strong core of Romantic scholars from Australasia and a number of international delegates from Japan, Hong Kong, Canada, the USA and the UK.

Following from the inaugural conference in 2011 which focused on ‘Romanticism and the Tyrannies of Distance’, the 2013 RSAA conference focused on the possibilities of a ‘Global Romanticism’. This focus on space and international connection created a conference programme full of fresh and exciting perspectives on romantic culture, encouraging further discussion of countries and regions sometimes disregarded by more traditional approaches to the field. This focus represents the continuation of a trend in romantic studies which, over the last two decades, has seen an increasing interest in placing romantic writing within an international context. 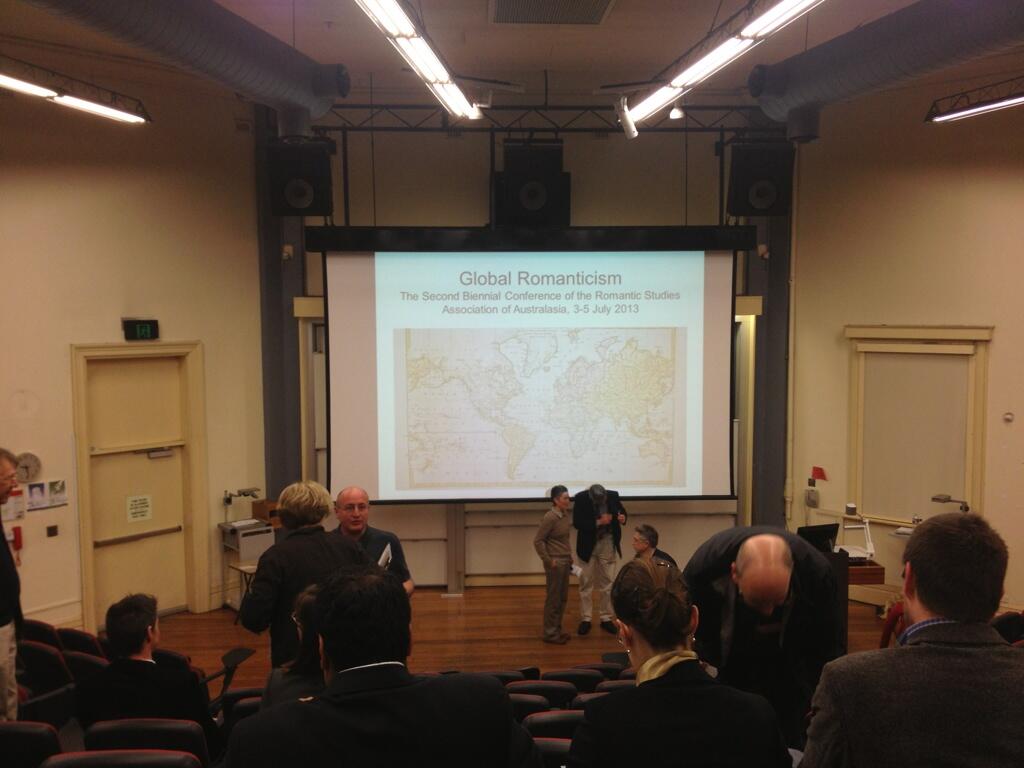 The topic provoked a diverse range of responses with papers which ranged in topic through everything from warfare to balloons. Despite this diversity, throughout the sessions I attended, many of the papers spoke to and shed light on one another within and across panels. Papers by Deirdre Coleman, and Peta Beasley explored the experiences and impressions of women involved in romantic era colonialism in two papers which looked at British women’s responses to Sati in Colonial India, and the travel narratives of Rose de Freycinet and Elizabeth MacQuarrie, respectively. Similarly, papers by Angie Dunstan and Bob White described two very different types of international literary network- the formal Romantic Literary Societies which appeared in the late nineteenth century and the informal network of friends and family who survived the poet Keats. New perspectives on the works and life of Sir Walter Scott also featured in two different panels, with Graham Tulloch’s description of Scott’s disgruntled response to being gifted two emus by an Australian settler gaining perhaps the biggest laugh of the entire conference.

Other highlights of the conference included five plenary lectures given by Professor Paul Giles (University of Sydney), Professor Lydia Liu (Columbia University), Professor Alan Bewell (University of Toronto), Professor Peter Kitson (University of Dundee) and Professor Liam McIlvanney (University of Otago). In his paper Giles gave a fascinating account of the Southern hemisphere as a space of inversion and uncanny doubling in the works of Mary Shelley, Byron and Brockden Brown. Lui explored the importance of Robinson Crusoe’s naval career to placing Daniel Defoe’s novel within a global context, focusing much of her attention on the less well studied second volume of the text and inspiring listeners to think again about the possible colonial meanings contained within this familiar text. Bewell in his paper ‘Mobilising Early Australian Natural History’ looked at naming and ownership within early Australian natural history making observations about the economic impetus behind botanical transportation and the role of the British state in Australian natural history. Kitson gave a fascinating paper on ‘China, the New Chinoiserie, and the Romantic Drama’ and  McIlvanney’s paper titled ‘The “Global Turn” in Burns Studies’ revealed the importance of Scotland’s national bard to the development New Zealand’s poetic tradition. 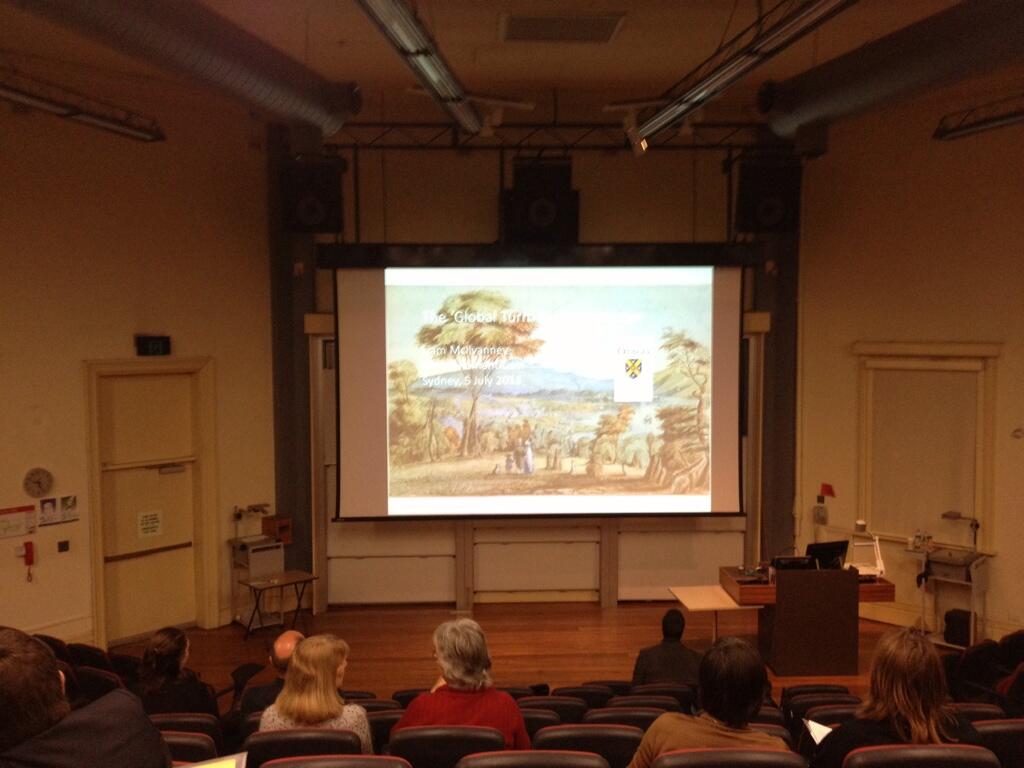 A concern which these papers shared, and which was to some extent a theme of the conference in general, was the defamiliarisation of well-known texts and authors and the destabilisation of critical assumptions through placing them within a global context—the equivalent of revealing an obscure and understudied second book. This concern with familiarity and strangeness was continued in papers such as Judith Johnston’s ‘Richard Howitt, Australia and the Crisis of Romantic Memory’ where Johnston looked at the poet’s responses to a familiar British daisy in the foreign landscape of Australia.  For me, hearing the scholarship of romanticists from around the world functioned in a similar way—challenging my assumptions and providing new and interesting perspectives on familiar topics and texts. RSAA 2013 illustrated not just the global interests and connections of romantic writers, but the importance of global exchanges between today’s romantic scholars, highlighting that a truly global romanticism requires truly global romanticist networks. The next RSAA conference will take place in 2015 at the University of Melbourne and further information on RSAA events can be found on their website at http://www.rsaa.net.au/.