Following a slight delay, the current issue of Romantic Textualities continues to expand its remit by providing a wide range of materials, which engages with various intertextual and print-cultural aspects of the Romantic period. The three featured articles deal with less obvious aspects of Romanticism, which nevertheless played a significant role in forming the popular discourses of the era, drawing together authorship and new readerships, eco-politics and the aesthetics, and the role of minor drama within British politics and culture. These essays are followed by two reports providing biographical and bibliographical information on Romantic era fiction and its authors.

In his essay, Richard Hill looks into the gift-books and annual culture of the 1820s and ’30s, noting a ‘power-struggle in the publishing arena’ that emerged as a result of ‘production practices and technological developments that challenged traditional modes of book production’. By focusing on the interactions between two major Edinburgh authors, James Hogg and Walter Scott, Hill argues that in the late 1820s a fundamental shift was precipitated in the role of the author in the production of popular literature. The bourgeois aesthetic popularised by the gift-book was itself at odds with the enterprise of canonical Romantic poetry, which makes Scott’s participation all the more intriguing, although this was a participation driven in many ways by pecuniary motives. His response to balancing the financial promise offered by gift-books with demands for material made by their publishers was to recycle older and rejected pieces through this medium. By contrast, Hogg threw his lot in with the gift-books much more fulsomely, taking delight in the opportunities—both fiscal and aesthetic—offered by this new literary form. This new form offered Hogg the vehicle he required for generic experimentation, allowing him to generate a regular income initially in a relationship of mutual appreciation with his publishers. Sadly, however, this relationship was to sour, owing to the increasing subordination of the author’s role as a consequence of the advances in the production of illustrations that initially generated the gift-book phenomenon.

Looking to the turn of the eighteenth century, Markus Poetzsch’s essay considers the intersection between the rhetoric of landscape and the polemics of the revolutionary era, arguing that ‘the dispute over gardening and other forms of rural ornamentation, which pitted so-called landscape improvers like Repton and the adherents of Lancelot Brown against theorists of the picturesque, reached a boiling point in the 1790s through its incorporation of the rhetoric of Anti-Jacobinism’. In the debates between Repton and his followers on one side and Knight and Price on the other, the analogy between gardening and politics enabled the exploration of the social and national symbolism of ‘Nature’. The rivalry between the landscape improvers and celebrants of the picturesque drew a definitive line between practioners and theorists of gardening, contextualised within what Poetzsch calls the ‘envenomed nature of the so-called “Picturesque Debate” ’. Increasingly, the political anxieties of the period charged the aesthetics of landscape improvement with polemical potential, in works such as Knight’s The Landscape (1794) and Price’s Essays on the Picturesque (1794), in which an antipathy towards Reptonian levelling of the landscape belies an antagonism towards the potential class ‘levelling’ that may follow. In light of such attempts to appropriate the natural world within human political discourses, it might indeed be Nature’s ‘inappropriable reality’ as an alien space that will, after all, offer the most useful reading of our relationship to it.

In his study of the collecting of minor drama, John Pruitt also explores the revolutionary context of the literary landscape: appearing within a Britain pockmarked by anxieties of fragmentary nationhood, the collection and binding of minor dramatic plays legitimised them within English theatre history, despite their Continental origins and levelling tendencies, with Pruitt seeking to ‘provide a basis for greater contextualisation of these collections in terms of the tenuous position of the theatre in England’s revolutionary culture’. John Bell’s British Theatre (1776–78) and six-volume supplement of 1784–88 set a model for Walter Scott’s own three-volume compilation, The British Drama (1804), which aligned the generic distribution of dramatic forms (tragedy, comedy, farce, opera) against an axis of national identity. Pruitt examines the contemporary view of the decline in traditional dramatic forms, particularly in the wake of Burkean concepts of ‘legitimacy’ and ‘illegitimacy’, with conservative critics lauding ‘legitimate’ (i.e. loyalist) and deploring ‘illegitimate’ (i.e. innovative but deviant) forms. While critics (such as Wordsworth and Coleridge) criticised the infectious nature of socially and aesthetically levelling plays that threatened the stability of the national drama as a symbol of British cultural heritage, such attempts were themselves countered by the producers and publishers of minor theatricals, such as John Cross, whose Circusiana emphasised the moral qualities of this ‘lesser’ branch of the genre. With reviewers critiquing French pedantry and German melodrama, a search to define an appropriate middle ground in a British national drama became a vehicle for exploring and constructing nationhood through entertainment and spectacle.

The essays are followed by Don Shelton’s report on the prominent metropolitan surgeon, Sir Anthony Carlisle, which provides an accounts of putative links discovered between Carlisle and the pseudonymous novelist ‘Mrs Carver’, author of a Minerva Press gothic potboiler, The Horrors of Oakendale Abbey (1797). Drawing on a web of textual references that link to Carlisle’s family associations with Pembrokeshire and Cumbria, his professional knowledge and the novel’s provenance, Shelton posits that Oakendale Abbey and a second novel, The Old Woman (1800), could only be written by the surgeon. In a further twist, the report puts forth the tantalising suggestion that Carlisle was none other the inspiration for Mary Shelley’s Victor Frankenstein.

The second of this issue’s reports offers the sixth update to the magisterial English Novel, 1770–1829: A Bibliographical Survey of Prose Fiction Published in Britain and Ireland (OUP, 2000), and its online companion, The English Novel, 1830–1836 (Cardiff University, 2003). Between them, these pioneering bibliographical surveys provide full details of just under 4,500 individual works of fiction, examined at first hand by the compilers (excepting a few titles). This update, covering further information and corrections aggregated between 2005 and 2009, provides information on new author attributions, new titles for inclusion and newly located titles, as well as information on further editions.

The issue concludes with six review essays on publications relating to Romantic-era literature, intertextuality and print culture: two recent editions of Walter Scott’s fiction, an anthology of essays on the Victorian perception of the Romantics, and three monograph studies of Wordsworth and the typographic arts, literary tourism and the influence of Petrarch on Romantic poetics. Finally, a new feature is a list of ‘Books Received’ for review by Romantic Textualities, which will enable interested reader and potential reviewers to view a regularly updated listing of print-culture related works that we intend to review in future issues of the journal.

Finally, I would also like to take this opportunity to draw readers’ attention to the recent launch of Illustrating Scott: A Database of Printed Illustrations to the Waverley Novels, 1814–1901, directed by Professor Peter Garside of the University of Edinburgh. Funded by a one-year grant from the British Academy, the Illustrating Scott project is produced through the Centre for the History of the Book at the University of Edinburgh, in association with Edinburgh University Library. The database contains just over 1,500 records, each describing an illustration relating to the Waverley Novels that was published in print form in Britain during the period surveyed. Scholars interested in Walter Scott, illustration studies, the transmission and reception of nineteenth-century authors and Scottish literature are highly recommended to pay a visit to the site, which will almost certainly form a key resource in these areas of the discipline. You can visit the database @ http://illustratingscott.lib.ed.ac.uk/. 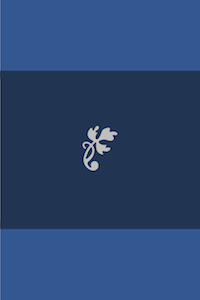 Scott, Hogg, and the Gift-Book Editors: Authorship in the Face of Industrial Production

From Eco-Politics to Apocalypse: The Contentious Rhetoric of Eighteenth-Century Landscape Gardening